I love spending the whole day in the kitchen cooking for Thanksgiving.  I really do.  It's all hands on deck.  We play music or watch football.  BUT, it's VERY nice to have a few things made ahead of time, so the time in the kitchen is still busy, but less stressful.

These poached pears can be made earlier in the day and just sit out at room temp.  They're a cross between a savory dessert and a salad.  I highly recommend a milder blue cheese, like Cambazola or Gorgonzola Dolce, just in case you have guest who aren't into stinky cheese.  The milder versions also pair really well with the sweetness of the pear.

Poached Pears with Blue Cheese and Walnuts (Side Dish)

Preheat the oven to 375 degrees F.

Peel the pears and slice them lengthwise into halves. With a small sharp paring knife and a melon baller, remove the core and seeds from each pear, leaving a round well for the filling. Trim a small slice away from the rounded sides of each pear half so that they will sit in the baking dish without wobbling.

Toss the pears with some lemon juice to prevent them from turning brown. Arrange them, core side up, in a baking dish large enough to hold the pears nice and tight.

Gently toss the crumbled blue cheese, dried cranberries, and walnuts together in a small bowl. Divide the mixture among the pears, mounding it on top of the core.

In the same small bowl you used for the cheese mixture, combine the apple cider, port, and brown sugar, stirring to dissolve the sugar. Pour the mixture over and around the pears.

Bake the pears, basting occasionally with the cider mixture, for 30 minutes, or until tender.

Set aside until warm or at room temperature.

I like to serve on a platter with some butter leaves underneath for a bit of green. 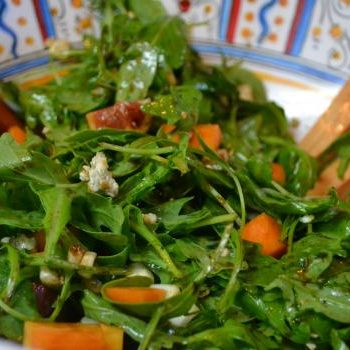 Garlic Green Beans with Hazlenuts and Shallots (Side Dish) 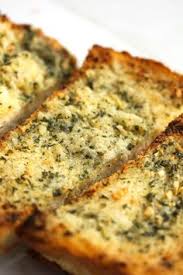 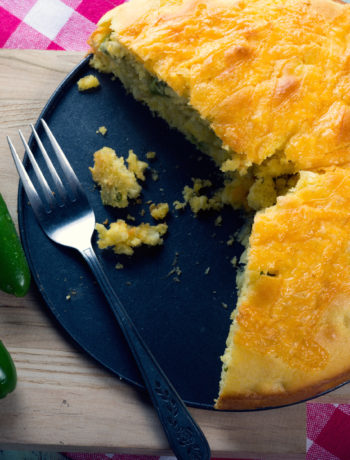