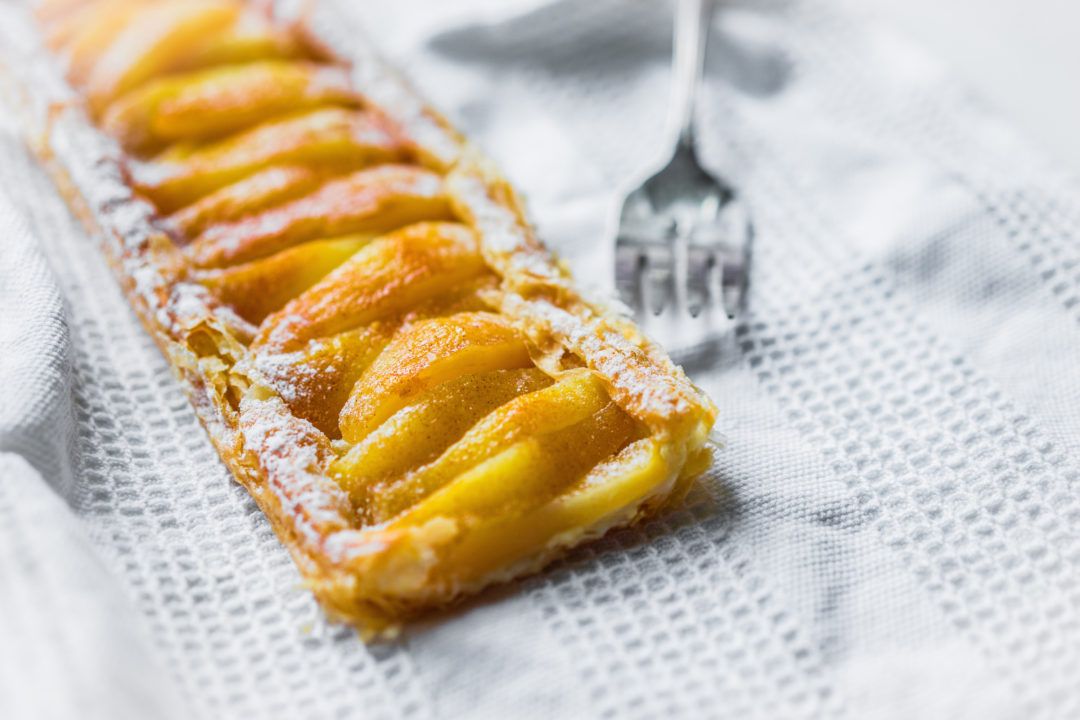 This pear tart comes together in about an hour and is the perfect way to take advantage of the fall appearance of fresh pears.

Heat oven to 350° F. Butter a 14-inch rectangular tart pan and set aside. You can also use a 10-inch round tart pan. Make sure the pan, whatever size you use, it has a removable bottom. This will make it easier to remove the tart when it’s finished baking.

Combine the flour and baking powder in a medium bowl and set aside.

Cream the butter and 1/2 cup sugar at high speed in the bowl of an electric mixer. Lower speed to medium, add the egg, and beat until incorporated. Gradually add the flour mixture until fully incorporated. The dough will be very soft. Dip your fingers in some flour (so they don’t stick to the dough), and gently push the dough into the pan and form an even crust. Arrange the pear halves over the dough, top to bottom, cut-side down. You can also cut the pears into slices. Either way, it will be delicious! Sprinkle with the cinnamon, nutmeg and the remaining sugar. Bake until the crust is golden brown, about 45 minutes; let cool.

In a small saucepan, over low heat, melt the apricot jam and lemon juice and stir until combined. The mixture should be completely melted before removing from the heat. Brush gently over the entire tart. Serve with the whipped cream.

You can make the tart up to 2 days in advance. Keep it covered in the refrigerator. 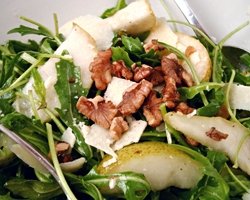 Pear Salad with Walnuts (Side Dish) 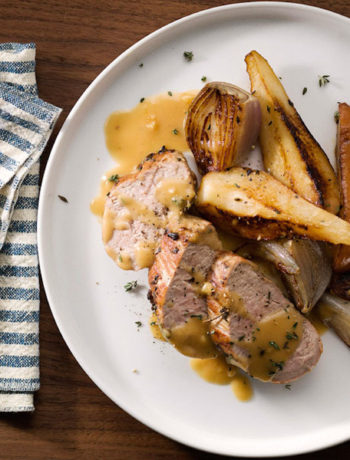 Pork Tenderloin with Pears and Shallots 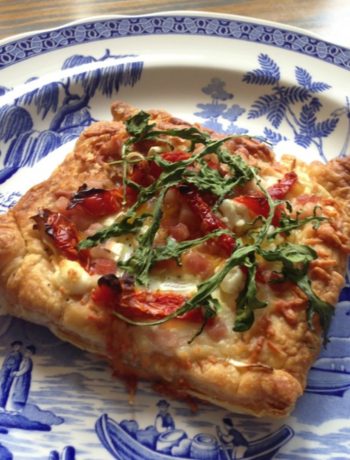 Hi! I'm Lisa....welcome to A Menu for You!! California born and raised, now living in the PNW, empty nester, coffee drinker, chocoholic, with dreams of one day retiring in the French countryside. You'll find big, bold flavorful recipes here that are perfect for easy weeknight dinners or for nights you want to impress your friends! Happy Cooking!